Nintendo Switch fans might get another big-name version, if this leak turns out to be true.

TechRadar reports that the next remaster of the classic horror title “Alan Wake” could be coming to Nintendo Switch, since the game itself was tagged in a document in Brazil, which appears to be from the Brazilian Ministry of Justice and Security. public.

A Brazilian Twitter user named Necro Felipe shared a document on Twitter which allegedly shows “Alan Wake Remastered” is unrated for players under 12 (translated from Portuguese).

In the picture, you can clearly see that the Nintendo Switch is mentioned in the list of platforms that “Alan Wake Remastered” will be released on.

The remastered version of the Remedy Entertainment classic was recently announced for the PS4, Xbox One, PS5, Xbox Series X / S, and PC during PlayStation Showcase 2021 via a new trailer detailing its visual improvements on the upcoming one. generation.

Originally released for the PS3 and Xbox 360 generation, “Alan Wake” made a name for itself as a gripping horror experience that showcased Remedy Entertainment’s mastery of storytelling.

“Alan Wake Remastered” is scheduled for release on October 5th.

Is Nintendo Switch getting another AAA game? Not likely

This leak, however, may not really be what Nintendo Switch gamers can expect, for several reasons.

Nintendo Switch is no stranger to porting AAA games. “The Witcher 3” and “Kingdom Come: Deliverance” are perfect examples.

But “Alan Wake Remastered” is probably unlikely, as it has also been confirmed for the next generation.

If the game does make it to Nintendo Switch, it won’t be a remastered version at all. Handheld hardware isn’t equipped for the game’s visual upgrades on the next generation: 4K visuals, high frame rates, and even new character models.

The PC version of the game also appears to be pretty heavy on hardware, according to GamingBolt.

If anything, a potential “Alan Wake Remastered” would seem lower if you run it natively on a Nintendo Switch, due to the much weaker hardware. 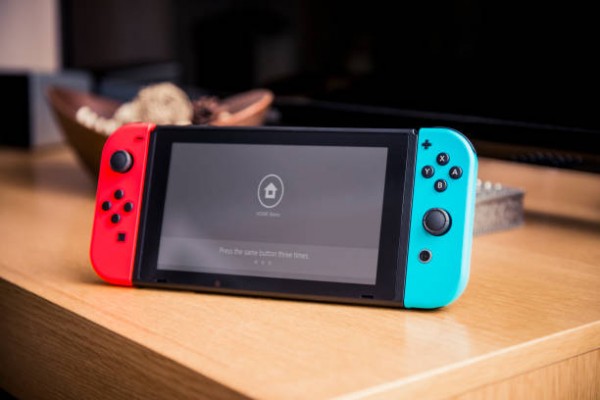 Is there still hope?

There is only one possibility for this: a cloud version.

A current-gen AAA game has done this before: “Control,” which is another title from Remedy Entertainment. The game was released via the cloud on the Nintendo Switch because frankly, it is too demanding to be ported natively on the console.

Plus, “Alan Wake Remastered” being a cloud title, it makes a lot more sense in business terms. Game streaming / cloud gaming is gaining even more traction these days due to the severe shortage of current generation consoles and gaming PC components.

Nintendo has neither confirmed nor denied this rumor as of this writing.

Related: Nintendo could release a new N64-type controller for the Switch

This article is the property of Tech Times

2021 TECHTIMES.com All rights reserved. Do not reproduce without permission.